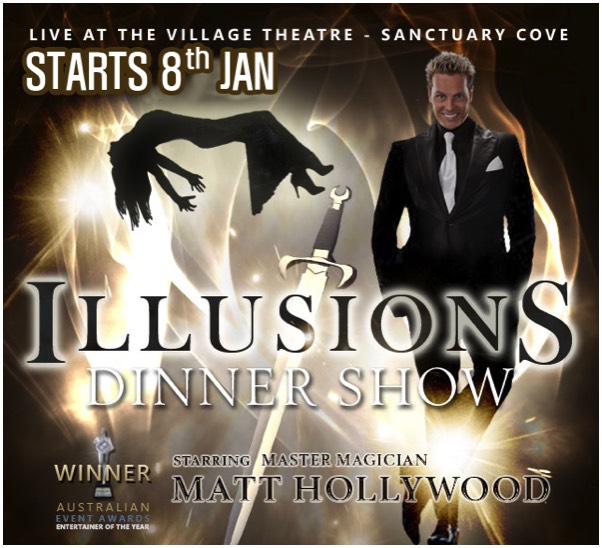 Receiving the 2013 Australian Entertainer of the Year Award at the Australian Event Awards, magician Matt Hollywood has announced his new live show on the sunny Gold Coast...Illusions.
Running nightly from January 8 to 25 at the Village Theatre, Santuary Cove, Illusions will wow crowds with never before seen illusions, including mid-air vanishes and appearances, in addition to Hollywood's usual blend of hilarious comedy, tricks and stunts.
Illusions will be performed on the same stage Frank Sinatra and Whitney Houston talk to when Sanctuary Cove was first opened in 1988.
Audiences can expect the most breathtaking magic learnt from all over the world of the past 20 years. "There will be levitation methods never seen before, vanishes beyond belief, and mind reading which seriously blows people away.''
Illusion's... be dazzled by Matt Hollywood's mind blowing magic this January. 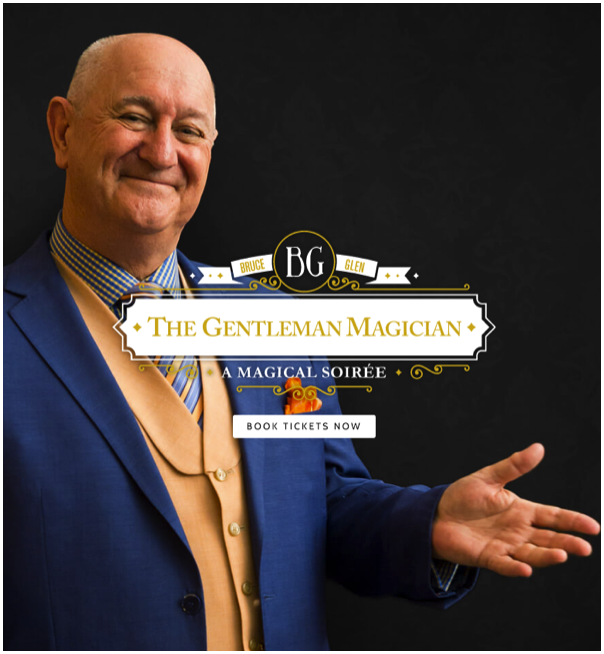 You are invited to an exclusive Magical Soirée in one of Australia’s most beautiful historic buildings: The Royal Automobile Club of Australia, just two minutes walk from Circular Quay.

Every Friday night in the heart of Sydney, Bruce Glen, The Gentleman Magician re-creates the ambience and enchantment of a 19th Century Viennese salon for just 70 lucky people.

An intimate evening of magic and storytelling transports you back to a time when performers were summoned to entertain select gatherings in the parlours of grand residences.

An absolute must-see for any Sydney visitor, The Gentleman Magician’s Magical Soirée is a stylish, intriguing experience you will remember for years to come.

Price is $75 per person and includes a drink and canapés on arrival. BOOKINGS ESSENTIAL 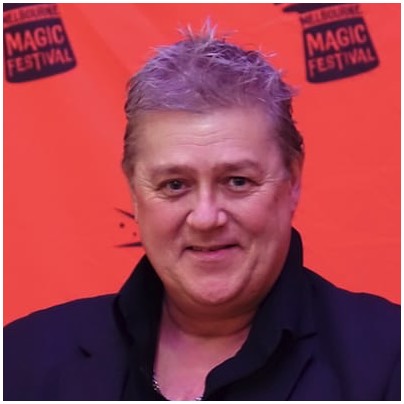 Daz Buckley performs table side magic every Tuesday night between 6 and 8 pm.