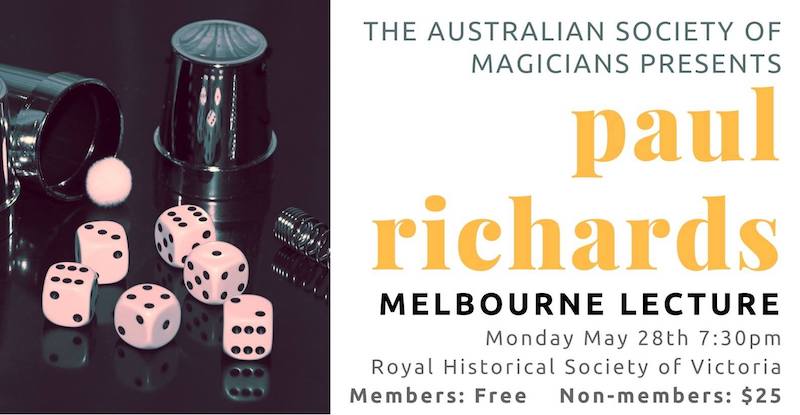 You may have seen Paul Richard's booth crowded by magicians at events across the globe but you may not know that his material has received rave reviews from such luminaries as Jeff McBride, Dean Dill, Joshua Jay, and Mike Close. In fact, Paul often jokes that he's the most successful magic creator no one has ever heard of.

As the founder and former owner of Elmwood Magic, Paul worked quietly behind the scenes to polish and produce magic with a long list of notables including: Jay Sankey, Peter Duffie, Cameron Francis, Mark Elsdon, Joshua Jay, and Jon Allen, just to name a few. Many of these creations went on to become worldwide best sellers in magic.

In this fun and surprising lecture, Paul fully explains several of his pet secrets which include his eye popping coin in balloon, an impromptu card rise that plays to a huge audience, a wild transposition using crayons, a progressively impossible prediction, a utility card move with vast possibilities, and much more! Paul hopes you will join him for what promises to be a lecture you will long remember.

OzMagic organises and promotes lecture tours by the best magical lecturers from Australia and worldwide.